Behind the Scenes at Lilydale Athenaeum Theatre - The Stage Manager

I had the pleasure of sitting down with Lilydale Athenaeum Theatre's Stage Manager - Em Carter - for a chat and asked her a few questions about her life as a Stage Manager.

How long have you been working as a Stage Manager?

Tell us about your role, what are the sorts of things you do as Stage Manager?

Stage Managers are in charge of everything backstage; sourcing & organising props and set dressing, organising the backstage crew, liaising with the Production Manager, choreographing set changes, organising things for actors, and also ensuring everything runs on time (rehearsals, show nights, warm ups etc). Traditionally, on the final dress rehearsal the Director will hand over to the Stage Manager, and from there on it is her show.

That's a lot of balls to juggle and a lot of pressure I'm sure. What was your favorite show to work on?

It’s so hard to pick just one, but I would have to say Bonnie & Clyde the musical (Fab Nobs Theatre Inc. 2014) and The Vicar of Dibley (Lilydale Athenaeum Theatre 2015 & 2016). These shows were both challenging and rewarding in their own ways. Bonnie & Clyde, was my first musical I stage managed and it was the Victorian premiere of the show. The Vicar of Dibley had over 30 set changes, which needed to happen incredibly fast. Having a good backstage crew made this easy. Each set change is choreographed so things are always coming on and off at the same time without holding anything up or getting in anyone’s way.

Sounds hectic! Tell us of a time it all went wrong? What did you do?

In Double Act (2014) we had a sign that was flown in and had light bulbs around the edges. One night while flying it out, a bulb hit a light and shattered all over the stage. I was in costume for this particular production as part of the set changes, so I went out with another crew member and we both swept up the glass quickly and were off ready for the next scene without holding up the performance.

During The Mystery of Edwin Drood (2015), we had a surge and the lights froze just before the final scene, leaving us with very minimal lighting. Luckily we had a spot light which we used for the final solo number and curtain call to light up the cast.

The key to a good Stage Manager is keeping calm when something goes wrong. With you as the calm centre the people around you relax and know that everything will run smoothly.

What are the key things you do before a show starts?

During production week; I set up props tables and costume racks backstage, set up the comms (communications) systems, check all the blue lights (backstage lighting), tape out sight lines and confirm with the Director there are no missing props or anything else. We have tech runs and crew rehearsals, top and tailing the show, meaning just the beginnings and end of scenes to go over the set changes & costume changes. I go through all the light and sound cues with the operators or designers to check I have all the cues in my script at the right times. I get all the cast & crew contact details and make sure they have mine and go through the Theatre Procedures. I also make charts for all my crew with their set changes and cues on them, and then make a nightly check list for myself. You can never be too prepared!

I usually arrive about 2 hours before each performance to pre set (ensure Act 1 Scene 1 props are in place on the stage), turn on blue lights and monitors and check everything is in it’s right place. When the crew arrive I make sure they have checked all their props or costumes that they look after.

I usually start the count down from about 45 minutes for the cast & crew, to give the cast time to walk the stage and check their own personal props & costumes.

At 20 minutes until curtain, the work lights go off and the curtain warmers are on, then I see the Front of House Manager to let the audience in with 15 minutes to go. From there I let the cast & crew know that the house is live and jump on the comms to check everything is right in the bio box (where the lighting and sound operators sit). I get all crew and actors up and standing by with 5 minutes to go.

Once I receive the call from Front of House to let me know all the audience are in, I cue the bio box for the pre show announcement and off we go.

What are the key things that you do during a show?

At the start of each show I mark the time we start and finish act 1 and act 2, to keep an eye on timing during the season.

Throughout the show I follow my script and cue the bio box when lights need to change or sounds need to be played.

I also watch for any line jumps or anything that could lead to a technical cue being dropped. If there are any line jumps that skip a cue I will cue the bio box where to go from there. During set changes I cue my crew when to move or when to be ready with the next change. I contact the Front of House Manager when the show is about to end, or if we are running early or behind.

What advice would you give to anyone wanting to become a Stage Manager?

The key is to be organised. To know what’s going on every second of every show. If you have a good and reliable team surrounding you, you’ll have a smooth show. You need to be able to think quickly and on the spot, and this comes with experience. It is definitely a job that helps to learn from other experienced Stage Managers and Stage Hands. Every show is completely different and as much as you prepare, things can still go wrong. But if you’re calm and on the ball you’ll be able to solve any problem.

Being a Stage Manager is one of the most rewarding jobs. There is so much work behind the scenes that not everyone notices, but it helps make the show what it is. You help bring something incredibly special to life and bring happiness to an audience.

Thank you so much for your time Em.

Watch Em and the cast and crew work their magic in the upcoming show Six Dance Lessons in Six Weeks. 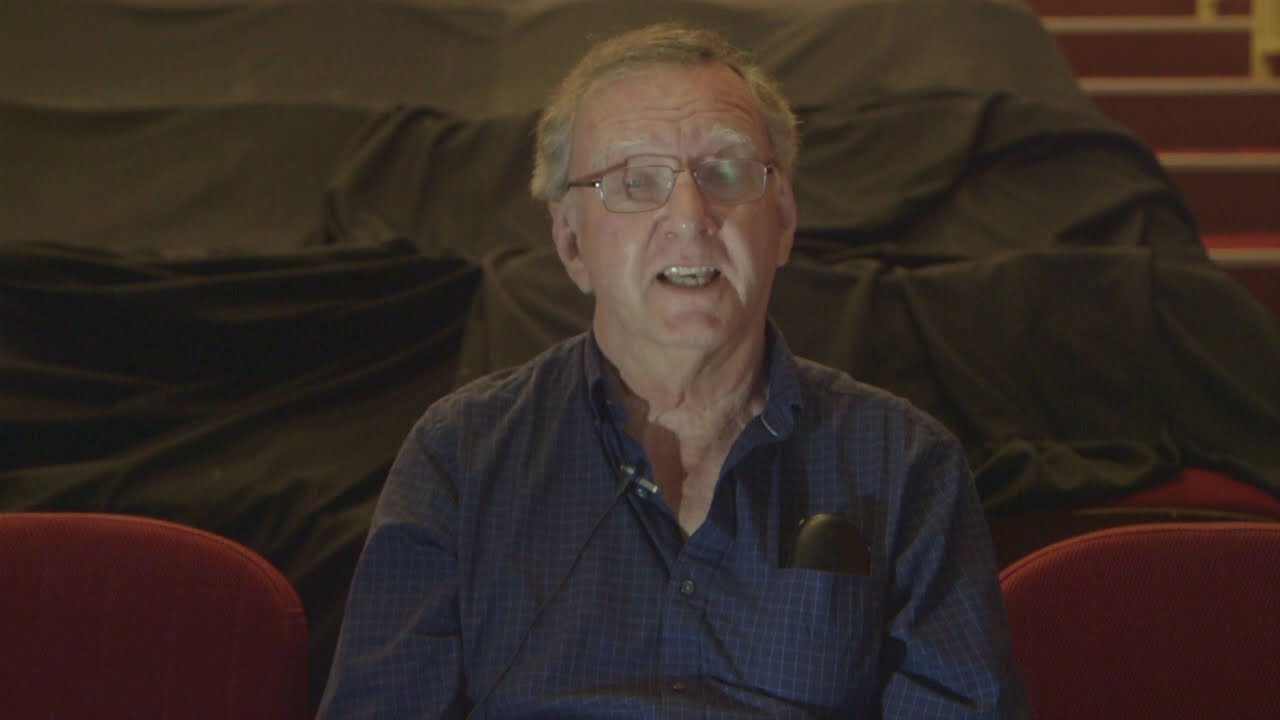 For all at the Athenaeum, 2020 has been a year like no other. Covid-19 has brought life to a standstill particularly here in Victoria, an...

Season 2020 Cancelled. The rest of season 2020 has UNFORTUNATELY BEEN CANCELLED. Due to the current situation with COVID-19, The Lilydale...
{"items":["5f9bb7cb3dbbfe001766269d","5f7585e4814fea0017f46017"],"styles":{"galleryType":"Strips","groupSize":1,"showArrows":true,"cubeImages":true,"cubeType":"fill","cubeRatio":"100%/100%","isVertical":false,"gallerySize":30,"collageDensity":0.8,"groupTypes":"1","oneRow":true,"imageMargin":0,"galleryMargin":0,"scatter":0,"rotatingScatter":"","chooseBestGroup":true,"smartCrop":false,"hasThumbnails":false,"enableScroll":true,"isGrid":false,"isSlider":false,"isColumns":false,"isSlideshow":true,"cropOnlyFill":false,"fixedColumns":1,"enableInfiniteScroll":true,"isRTL":false,"minItemSize":120,"rotatingGroupTypes":"","rotatingCropRatios":"","columnWidths":"","gallerySliderImageRatio":1.7777777777777777,"numberOfImagesPerRow":3,"numberOfImagesPerCol":1,"groupsPerStrip":0,"borderRadius":0,"boxShadow":0,"gridStyle":0,"mobilePanorama":false,"placeGroupsLtr":false,"viewMode":"preview","thumbnailSpacings":4,"galleryThumbnailsAlignment":"bottom","isMasonry":false,"isAutoSlideshow":true,"slideshowLoop":false,"autoSlideshowInterval":3,"bottomInfoHeight":0,"titlePlacement":"SHOW_ON_HOVER","galleryTextAlign":"center","scrollSnap":true,"itemClick":"nothing","fullscreen":true,"videoPlay":"hover","scrollAnimation":"NO_EFFECT","slideAnimation":"SCROLL","scrollDirection":1,"scrollDuration":400,"overlayAnimation":"FADE_IN","arrowsPosition":0,"arrowsSize":18,"watermarkOpacity":40,"watermarkSize":40,"useWatermark":true,"watermarkDock":{"top":"auto","left":"auto","right":0,"bottom":0,"transform":"translate3d(0,0,0)"},"loadMoreAmount":"all","defaultShowInfoExpand":1,"allowLinkExpand":true,"expandInfoPosition":0,"allowFullscreenExpand":true,"fullscreenLoop":false,"galleryAlignExpand":"left","addToCartBorderWidth":1,"addToCartButtonText":"","slideshowInfoSize":99,"playButtonForAutoSlideShow":false,"allowSlideshowCounter":false,"hoveringBehaviour":"NEVER_SHOW","thumbnailSize":120,"magicLayoutSeed":1,"imageHoverAnimation":"NO_EFFECT","imagePlacementAnimation":"NO_EFFECT","calculateTextBoxWidthMode":"PERCENT","textBoxHeight":0,"textBoxWidth":200,"textBoxWidthPercent":50,"textImageSpace":10,"textBoxBorderRadius":0,"textBoxBorderWidth":0,"loadMoreButtonText":"","loadMoreButtonBorderWidth":1,"loadMoreButtonBorderRadius":0,"imageInfoType":"ATTACHED_BACKGROUND","itemBorderWidth":0,"itemBorderRadius":0,"itemEnableShadow":false,"itemShadowBlur":20,"itemShadowDirection":135,"itemShadowSize":10,"imageLoadingMode":"BLUR","expandAnimation":"NO_EFFECT","imageQuality":90,"usmToggle":false,"usm_a":0,"usm_r":0,"usm_t":0,"videoSound":false,"videoSpeed":"1","videoLoop":true,"jsonStyleParams":"","gallerySizeType":"px","gallerySizePx":220,"allowTitle":true,"allowContextMenu":true,"textsHorizontalPadding":-30,"showVideoPlayButton":true,"galleryLayout":5,"arrowsColor":"rgba(107,107,107,1)","targetItemSize":220,"selectedLayout":"5|bottom|1|fill|false|1|true","layoutsVersion":2,"selectedLayoutV2":5,"isSlideshowFont":true,"externalInfoHeight":0,"externalInfoWidth":0},"container":{"width":190,"height":206,"galleryWidth":190,"galleryHeight":106,"scrollBase":0}}

An update from the Chairman regarding the current show: The Full Monty 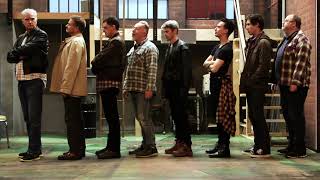